According to most textbooks:

Whenever you spot a Hammer candlestick pattern, you should go long because the market is about to reverse higher.

And that’s what you do.

But the next thing you know…

The price immediately reverses and you get stopped out for a loss.

And you wonder to yourself:

“Wait a minute, isn’t a Hammer candlestick a bullish signal?

“Why did the market reverse against me?”

Well, let me tell you a secret…

But first, let’s understand what a Hammer candlestick pattern is about…

What is a Hammer candlestick pattern?

A Hammer is a (1- candle) bullish reversal pattern that forms after a decline in price.

Here’s how to recognize it:

And this is what a Hammer means…

In short, a hammer is a bullish candlestick reversal candlestick pattern that shows rejection of lower prices.

Now, this is important.

Just because you see a Hammer candlestick doesn’t mean you go long immediately.

1. A Hammer is usually a retracement against the trend

The Hammer is usually a retracement against the trend (on the lower timeframe). 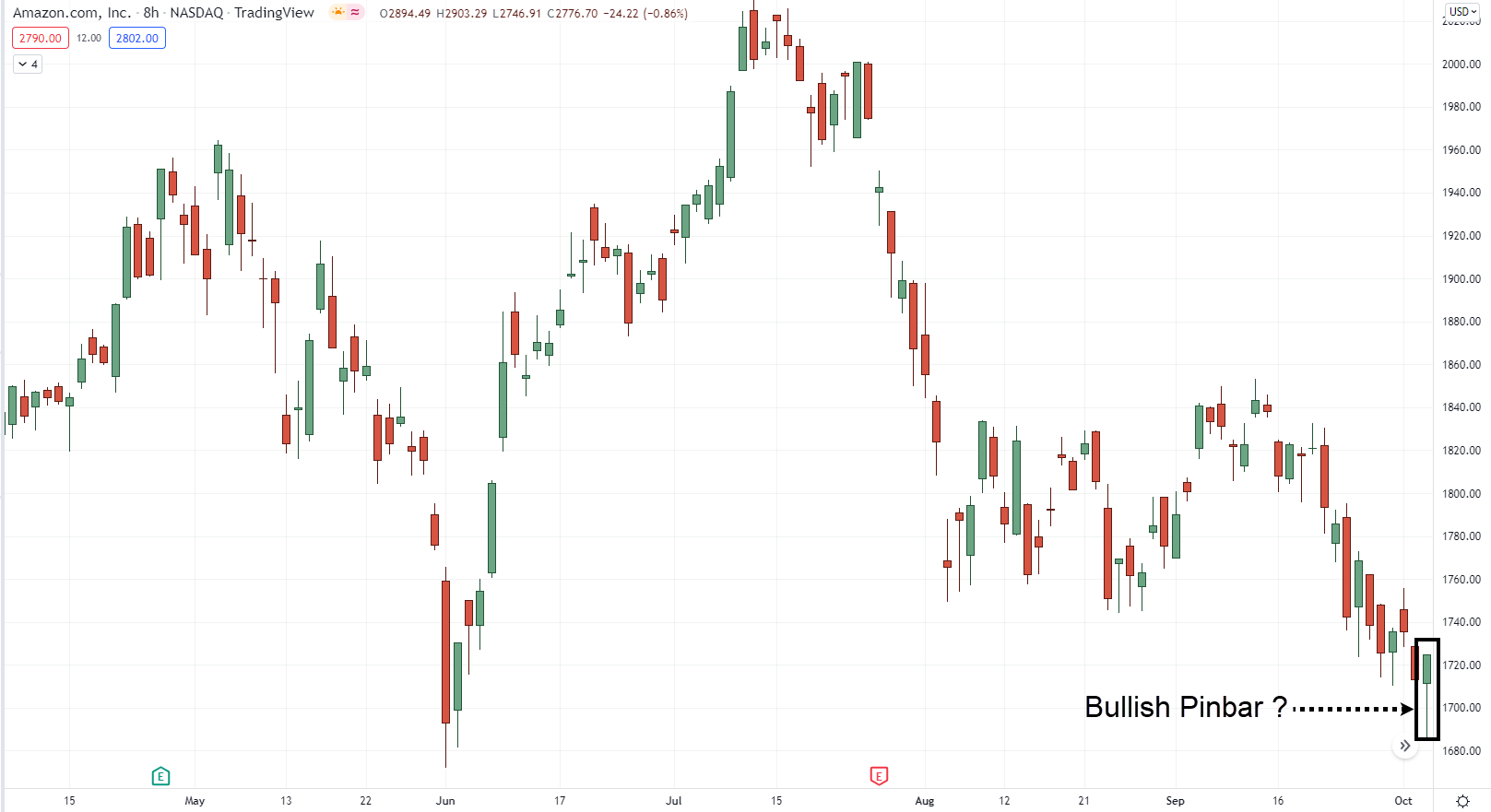 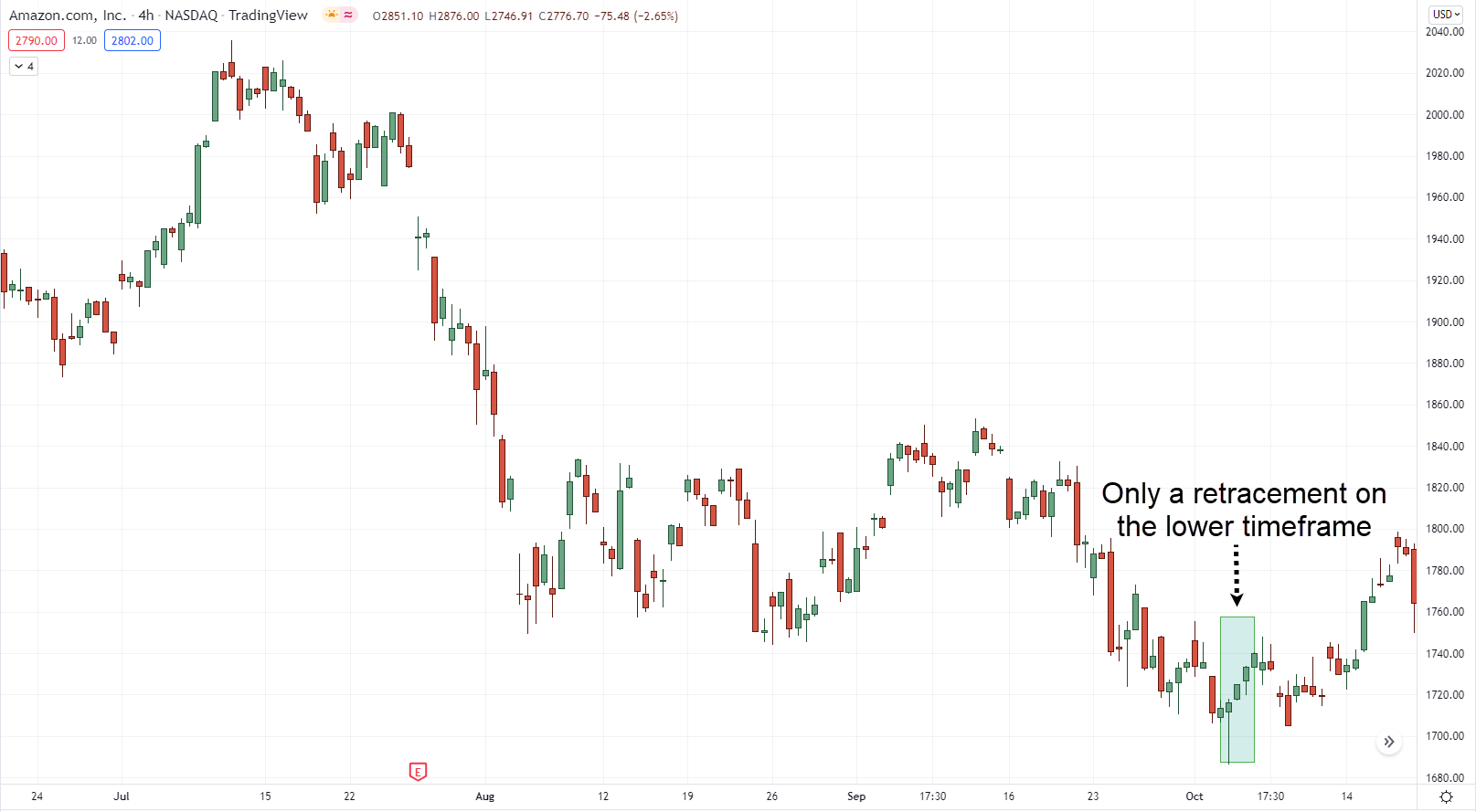 This means if you randomly spot a Hammer and go long, you’re likely trading against the trend.

It’s no wonder you get stopped out and lose money consistently.

2. The Hammer doesn’t tell you the direction of the trend

A big mistake traders make is thinking the trend will reverse when a Hammer is formed.

A trend is made up of a series of candles (possibly 100 or more).

Now let me ask you…

What are the odds of the trend reversing because of one candlestick pattern?

So, if you want to know the direction of the trend, ask yourself…

“Is the price moving higher or lower?”

Don’t look at an individual candlestick pattern to tell you the direction of the trend.

3. The context of the market is more important than the Hammer

“What is the context of the market?”

It refers to the market condition like whether the market is in an uptrend, downtrend, sideways, has strong momentum, etc.

And this matters, a lot.

If the market is in an uptrend, it’s likely the price will move higher (regardless of whether there’s a Hammer, or not).

You’ve learned the truth about the Hammer candlestick that most traders never find out.

“So how do I trade the Hammer candlestick pattern?”

Well, that’s what you’ll discover next.

You don’t want to trade any candlestick pattern in isolation.

Instead, you want to trade it within the context of the market (as mentioned earlier).

So the question is… how?

I call it the T.A.E Formula.

Here’s how it works…

Trend – Trade in the direction of the trend

1. Trade in the direction of the trend

If you trade in the direction of the trend, you increase the odds of your trade working out.

“How do I define the trend?”

Well, you can use a Moving Average Indicator to help you.

AOV is an area on your chart where buying/selling pressure is lurking around (E.g. Support & Resistance, Trendline, Channel, etc.).

The key thing is to enter your trades close to an AOV.

The purpose of an entry trigger is to identify a repeatable pattern that gets you into a trade.

So, once the conditions of your trading setup are met, you’ll look for an entry trigger to enter a trade.

Now, this is important…

You don’t want to trade entry triggers in isolation.

It’s only AFTER the conditions of your trading setup are met, then you look for an entry trigger.

Does it make sense?

Now let’s look at a few examples to see the T.A.E Formula in action… 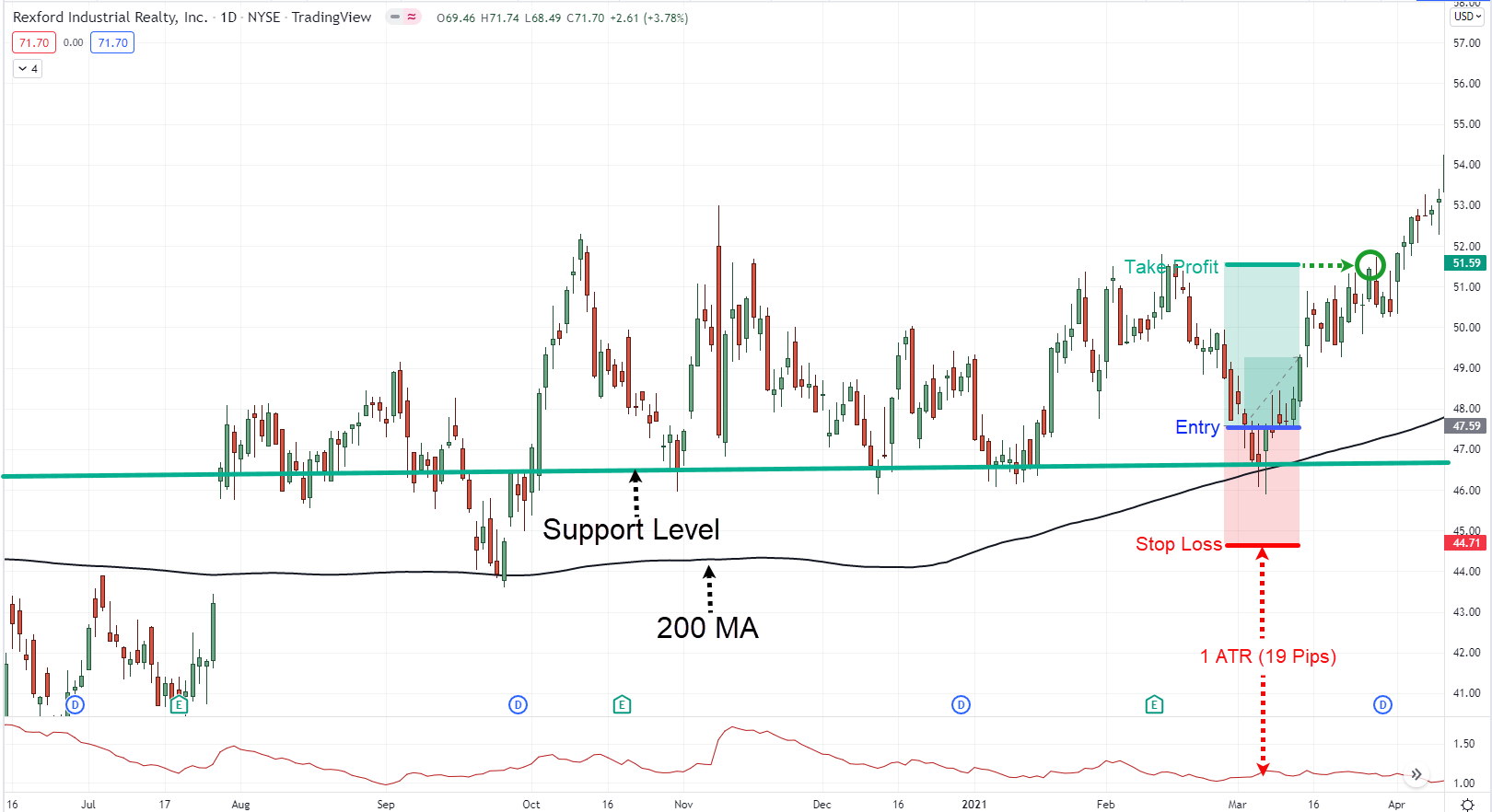 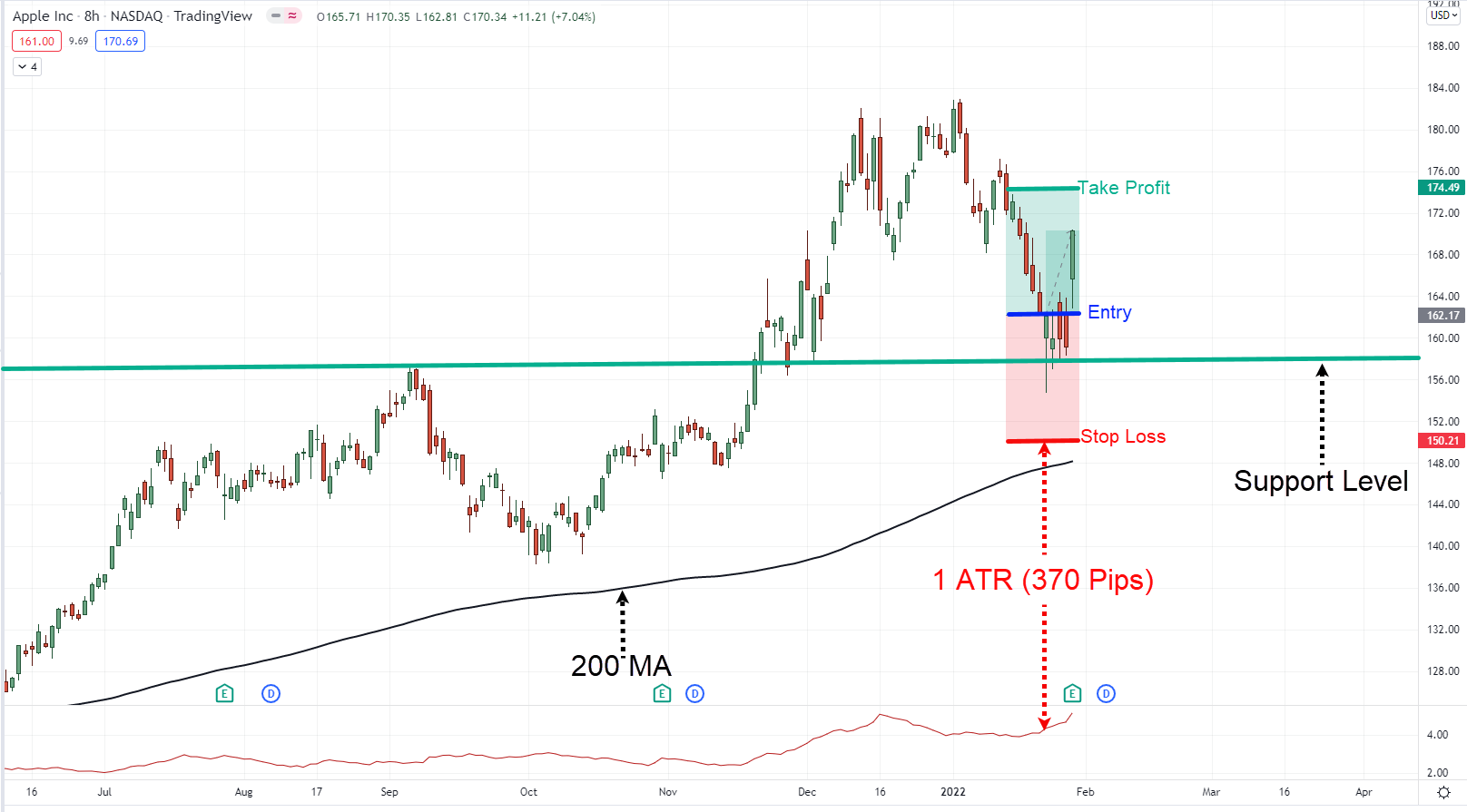 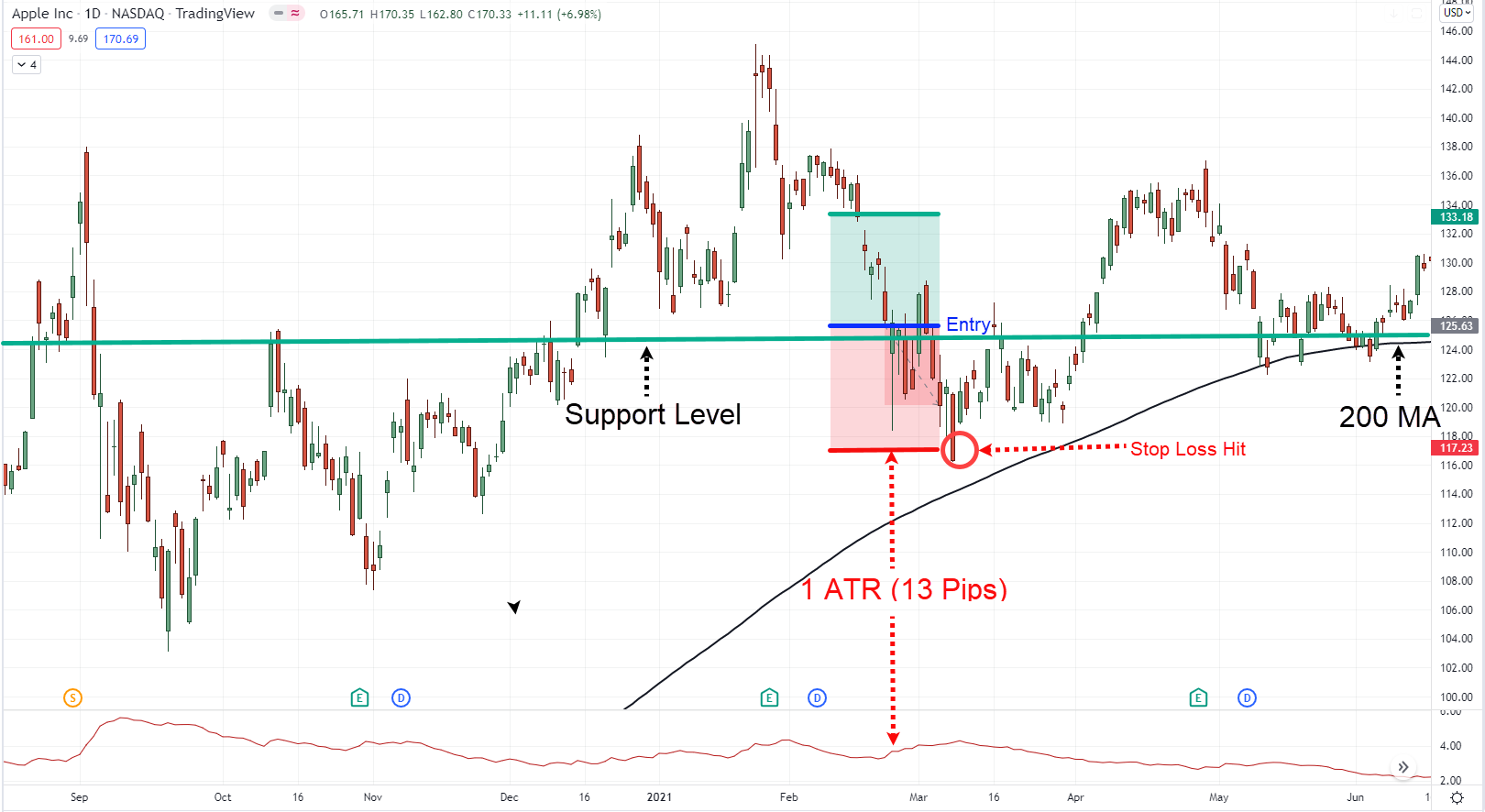 The Hammer candlestick pattern is a powerful entry trigger.

And if you were to trade it, your stop loss is at least the range of the Hammer (or more).

But won’t it be great if you can reduce the size of your stop loss and improve your risk to reward?

The let me introduce to you the Break of Structure technique.

Here’s how it works… 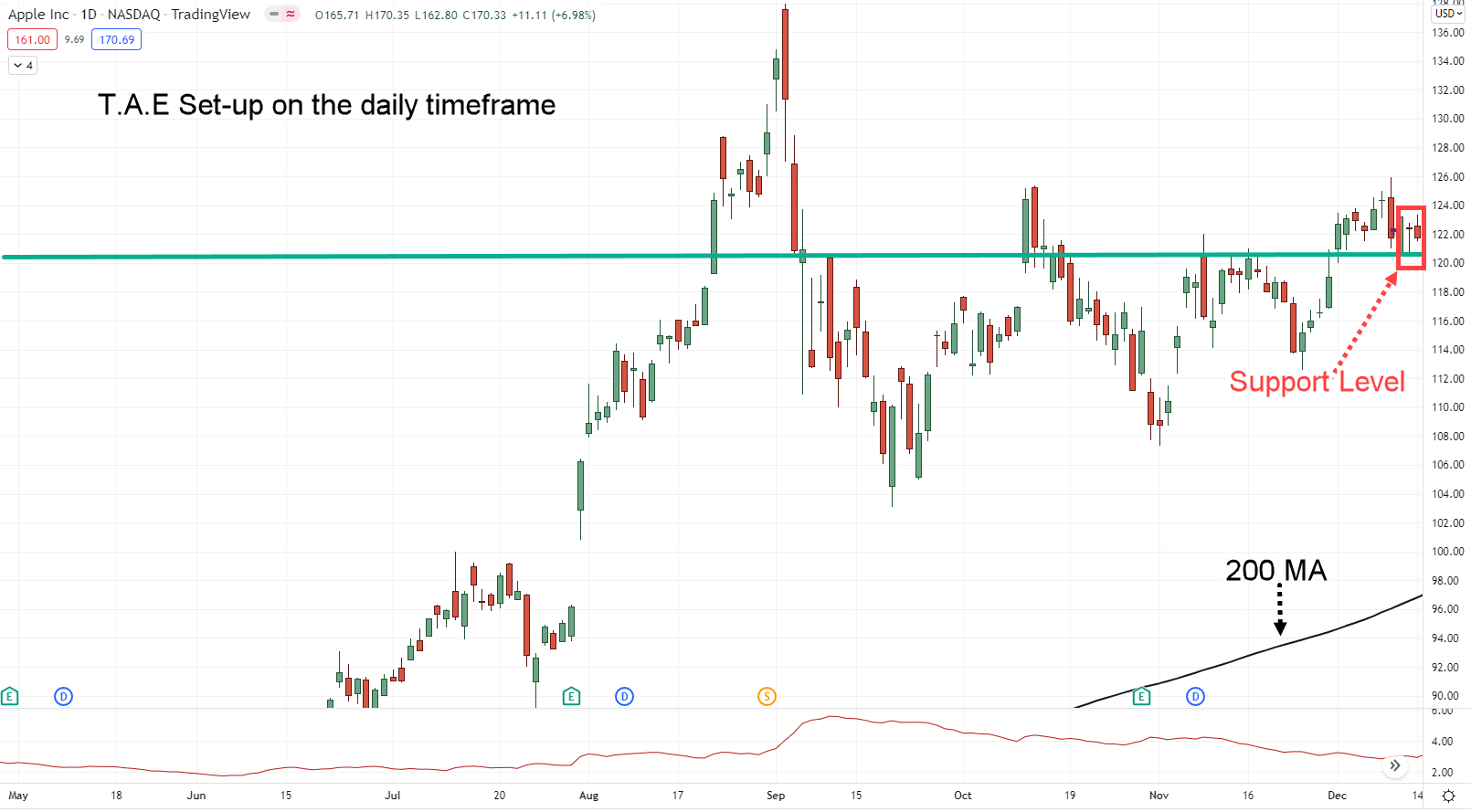 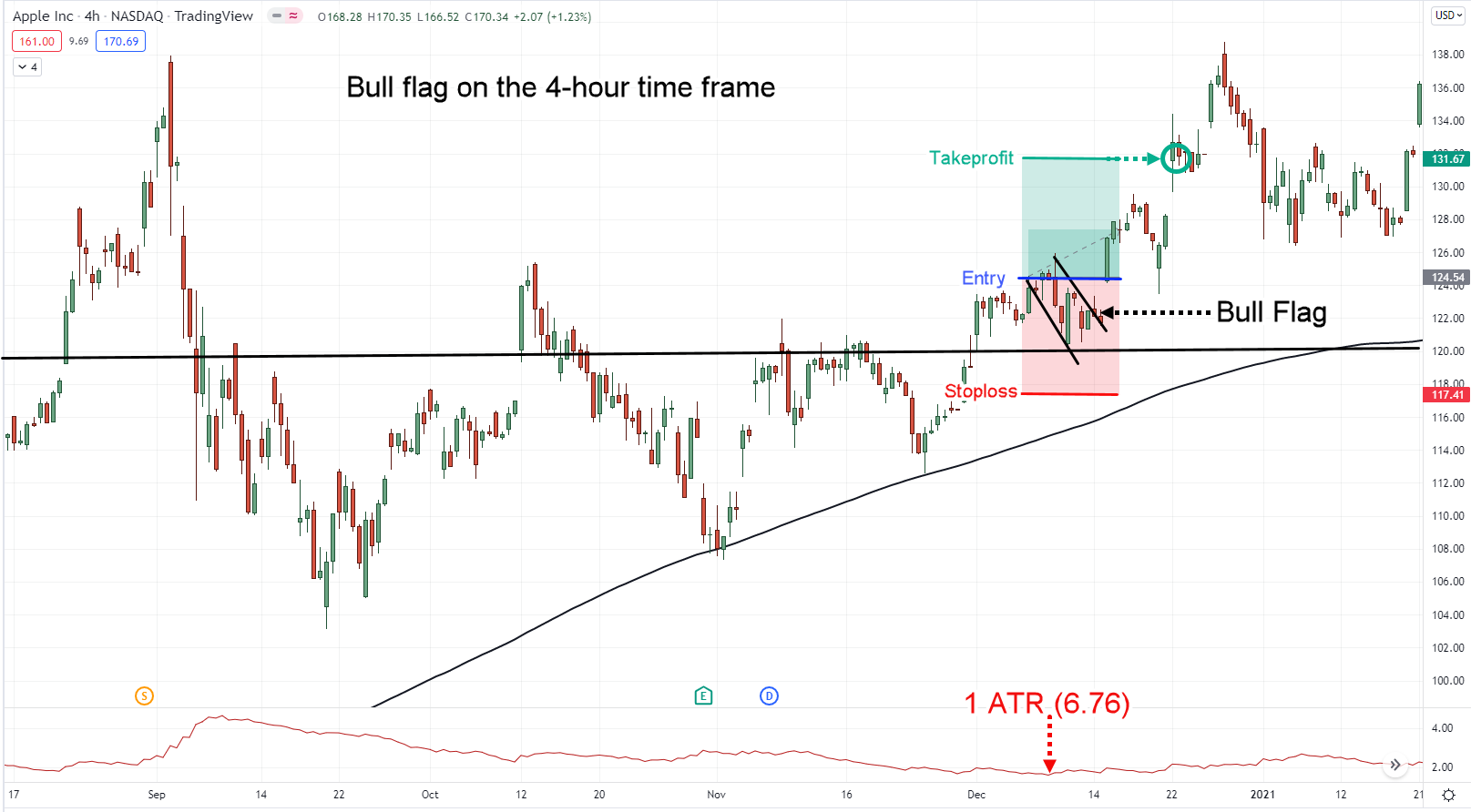 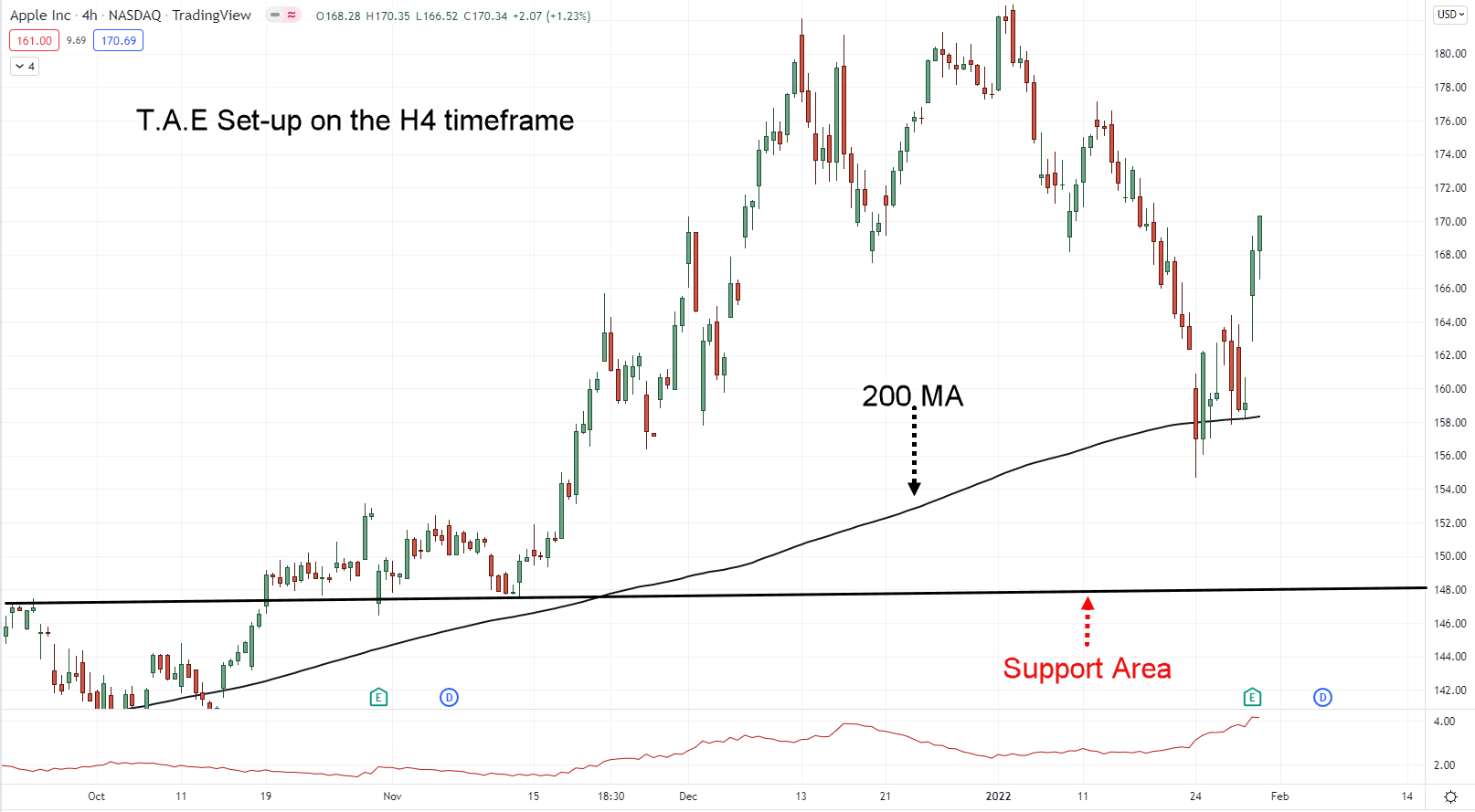 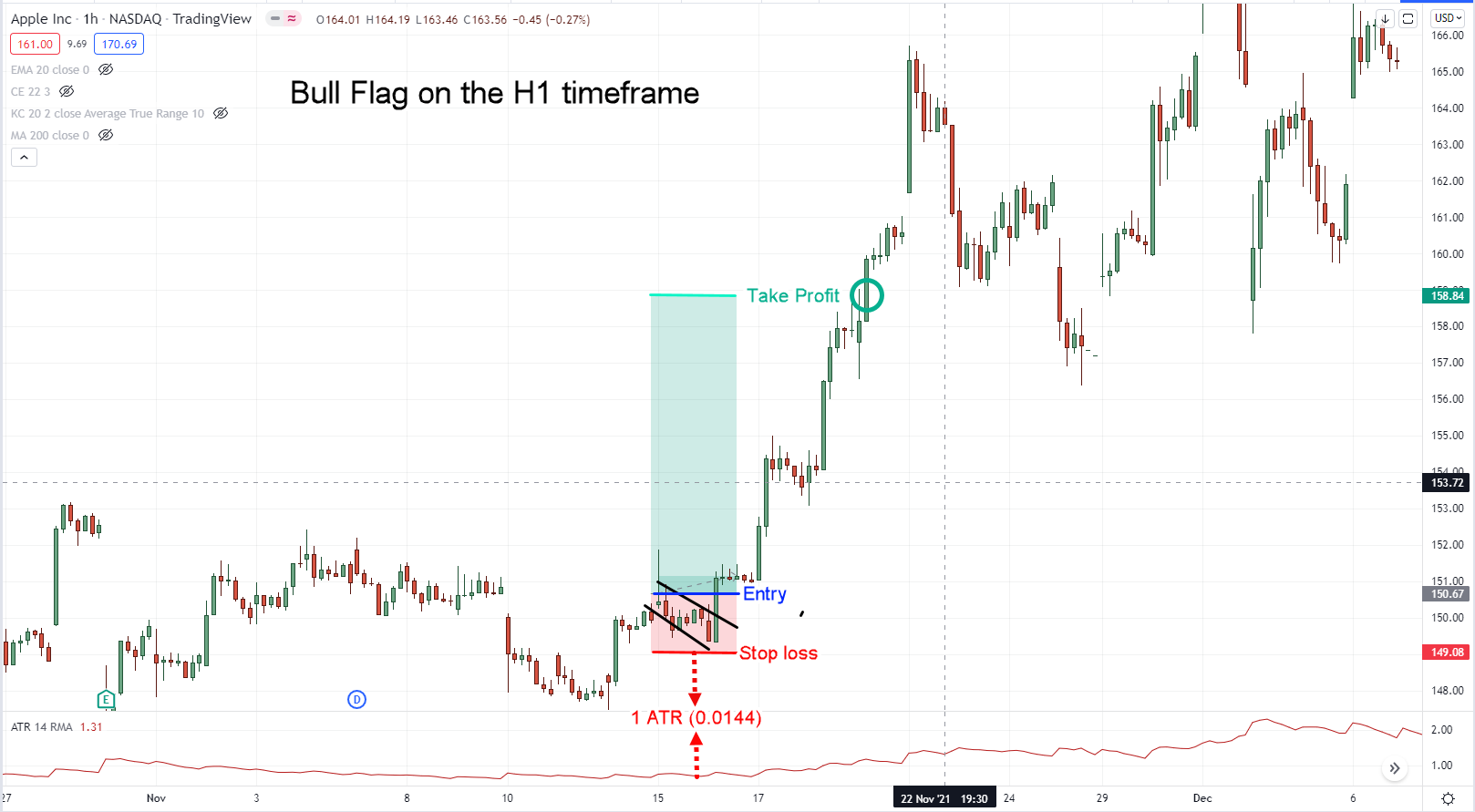 This is powerful stuff, right?

Once you’ve mastered this technique, you can consistently find insanely profitable trading opportunities (that most traders never find out).

So in this trading strategy guide, you’ve learned:

How do you trade the Hammer candlestick pattern?