When it comes to price action patterns, most traders will think of…

Now, these are easy patterns to learn for beginners.

But, if you want to take your price action trading skill to the next level, then you must master new price action patterns.

The false break is a reversal price action pattern that allows you to buy low and sell high.

Here’s why it works: 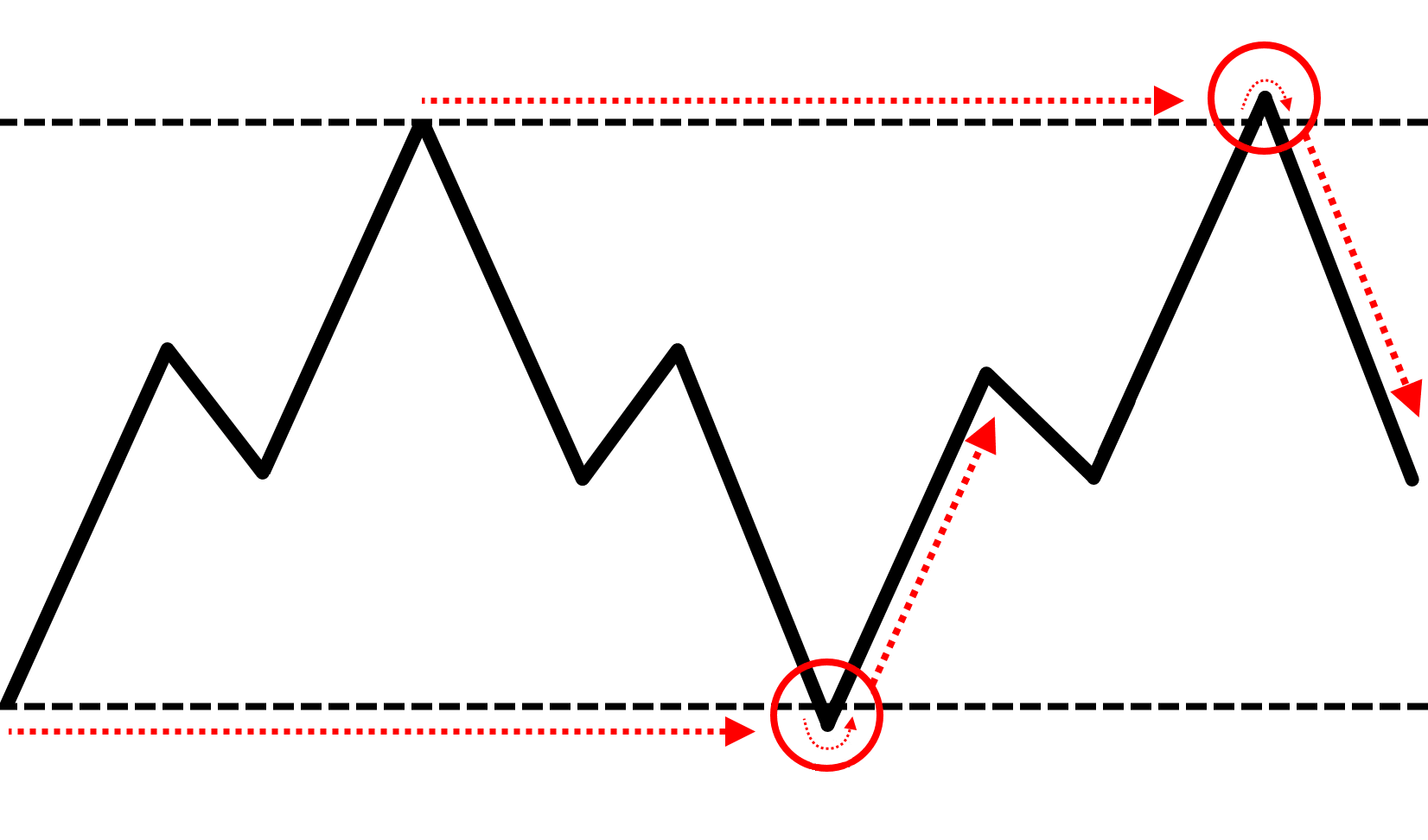 Imagine, the price makes a strong bullish move into resistance—and breaks out higher.

At this point, many traders have this thought process…

“The market is so bullish”

“Look at how big those green candles are!”

So, this group of traders buy as the price breaks above resistance and their stop loss is likely below the previous candle low, below support, etc.

This means if the market makes a sudden reversal, you can agree that these cluster of stop loss will be triggered which puts selling pressure in the market.

Plus, if bearish traders step into the market and sell near the highs of resistance, you can expect the market to collapse lower and erode the gains it made earlier—that’s the power of the false break price action pattern.

Now that you’ve understood the logic behind the false break price action pattern, then here’s how to trade it…

(And vice versa for a long trade)

Then let’s move on…

The break of structure is a reversal price action pattern that allows you to enter the start of a new trend—with low risk.

Here’s why it works: 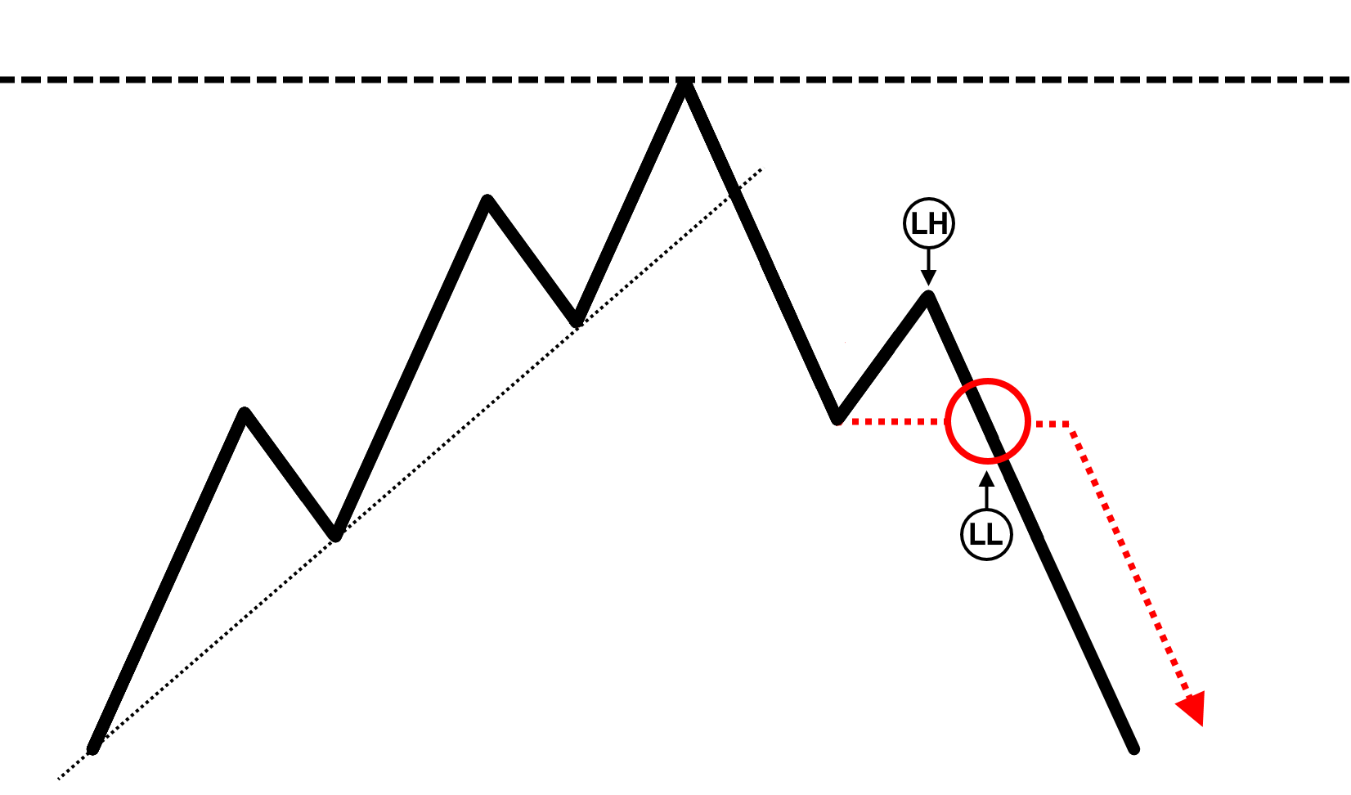 Imagine, the market has been in an uptrend over the last 200-candles.

But as you know, the price cannot go up forever. Eventually, the market gets “expensive” which attracts short sellers into the market.

And that’s not all because traders who bought previously will look to take profits which puts additional selling pressure.

Just because the market is “expensive” or there’s profit-taking doesn’t mean we blindly short the markets because it could expose us to huge risk.

Well, this is where the break of structure comes into play.

Here’s what to look for:

(And vice versa for a long trade)

On the trending move, you want the range of the candles to get smaller to signal that the buyers are getting weak.

And on the retracement move, you want the range of the candles to get larger to signal that the sellers are stepping in.

If you want to learn more about trending and retracement moves, then go read The Complete Guide to Candlestick Chart.

The breakout with a buildup is a price action pattern which helps you identify high probability breakouts. 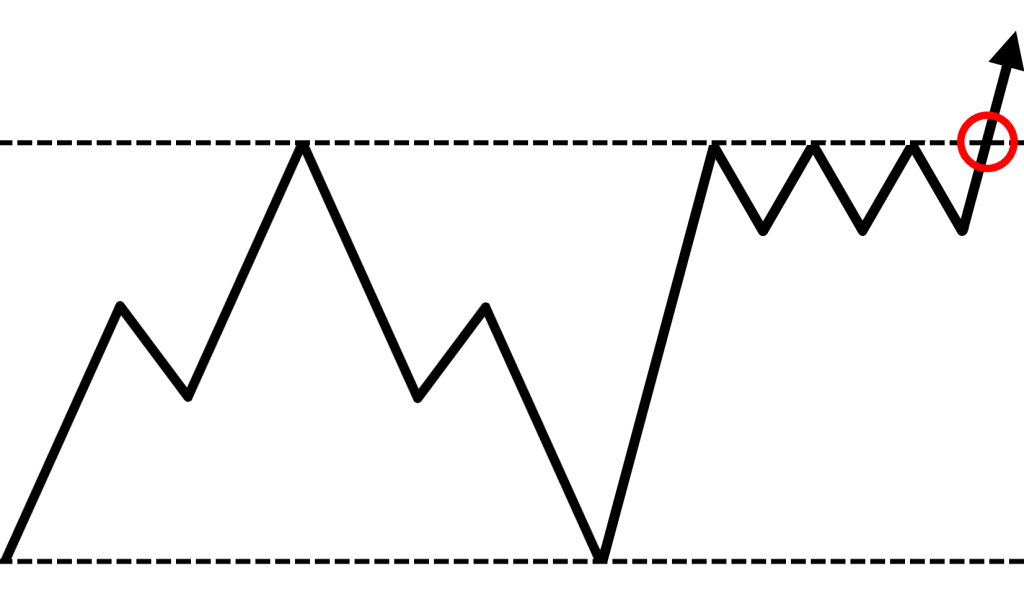 Here’s the idea behind it…

Imagine, the price rallies into resistance and then starts to consolidate.

Bearish traders will short the market because the price is at resistance (as that’s what most textbooks would teach you).

So, they go short and set their stop loss above the highs of resistance.

At this point, you have two things going in for you if you were to buy a breakout of resistance.

Then here’s how to spot the breakout with a buildup…

(And vice versa for a short trade)

The first pullback is a trend continuation price action pattern that allows you to capture the “meat” of the trend. 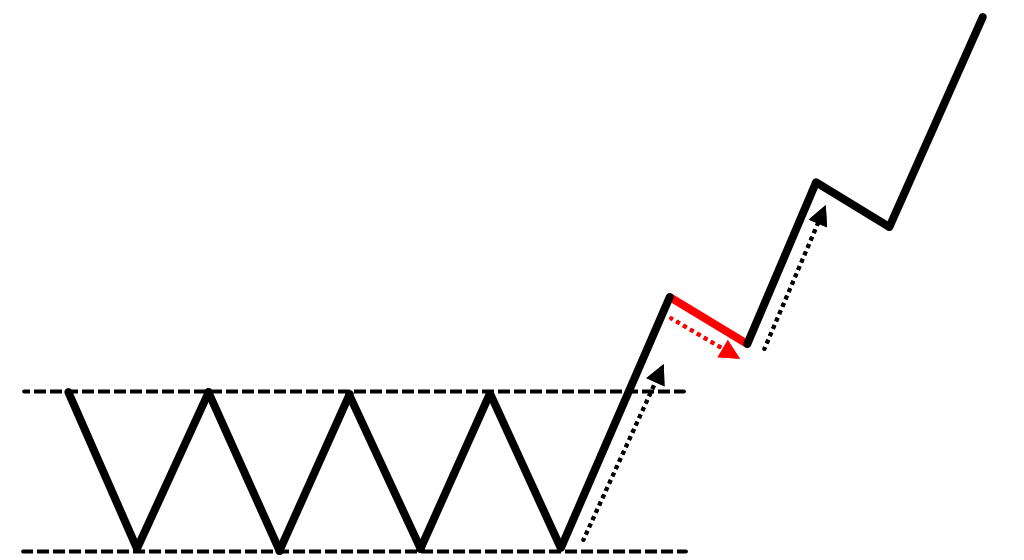 Here’s why it works…

Imagine, the price breaks above resistance with big bullish candles.

For the early buyers, some of them will book their profits which puts a little selling pressure in the market (and the price stalls).

When this happens, counter-trend traders will think the market is “too high” and about to reverse lower, so they go short and have their stop loss above the swing high.

Now if the market collapses lower, then counter-trend traders will make a profit.

But if the trend continues higher, the cluster of stop loss above the swing high (from counter-trend traders) gets triggered which exerts buying pressure.

That’s not all, because traders who missed the earlier breakout will want to get a piece of the action, so they’ll buy the breakout of the swing high (which adds more fuel to the rally).

So if you’re reading this now, then you want to be the astute trader who buys the breakout of the swing high so you can capture the next burst of momentum.

So, here’s what to look for…

(And vice versa for a short trade)

The break and re-test is a trend continuation price action pattern which allows you to hop onto an existing trend, with low risk. 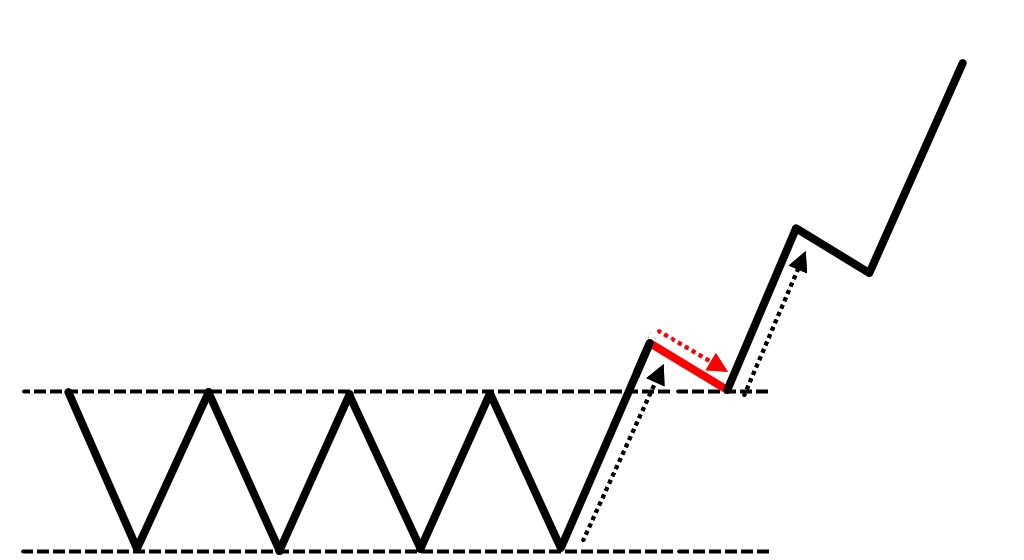 Here’s why it works…

When the price hits resistance, there will be bearish traders who will short the market.

Now if the price breaks above resistance, this group of short traders will be in the red and the smart ones will immediately cut their loss.

However, the stubborn ones will hold onto the trade and pray for the market returns back to their entry price.

If that happens, they will exit their trade at breakeven which puts buying pressure in the market (as they need to buy to cover their short position).

With this in mind, you can look for buying opportunities at previous resistance which could become support—so you can get a low-risk entry into the existing trend.

Here’s what to look for:

(And vice versa for a short trade.)

You’ve discovered 5 powerful price action patterns that work and how to trade them step by step.

But, if you want to find the highest probability price action pattern, then you must consider the context of the market and that’s what I’ll cover next…

Trade near the higher timeframe area of value, not far from it

I know this sounds confusing, so let me explain with a few charts.

Look at the chart of Nasdaq below:

Nasdaq (Daily) is in an uptrend and the area of value is around the 20-day Moving Average where it has bounced off multiple times.

At this point, the price is a distance away from the 20-day Moving Average. So, if you were to have a false break setup on a lower timeframe (like 4-hour) to go long, you want to avoid it.

Because this market tends to retrace towards the 20-day Moving Average (the area of value), and it could do so again and reverse higher from there.

So, a much better setup would be for the false break setup (on the 4-hour timeframe) to coincide with the 20-day Moving Average as you have the area of value on the higher timeframe working in your favour—not against it.

Price structure confluence: How to find low risk and high reward trading setups (95% of traders miss this out)

Here’s a pop quiz for you, which of these 2 events is more significant?

Because there are multiple “events” coming together and that attracts more attention—which makes that day even more special!

“What has this got to do with trading?”

Well, the concept is the same!

When you trade from an area of value that coincides with a higher timeframe support/resistance, it makes it even more “powerful”.

Here’s a chart HDFC BANK on the 8-hour timeframe:

“Who in the right mind wants to be buying right now?”

Well, if this is the only chart I have, then I won’t be interested to buy either.

But, if you realize the 1010.20 area is a support area on the daily timeframe, then it changes everything.

As you can see, the daily timeframe is in an uptrend and the 1010.20 is an area where previous resistance could become support.

What you saw earlier on the 8-hour timeframe is a false break price action pattern which offers you a low-risk entry to hop on board the daily trend.

Can you see how powerful this is?

So here’s what you’ve learned today:

Which is your favorite price action pattern and why?