I’m sure you can agree that breakout trading can be exciting.

Especially when you hit the buy button and the market quickly soars higher—whee!

However, there’s also the possibility of the market reversing immediately after you bought, and before you know it—you got caught on a false breakout, argh!

Won’t it be great if there’s a simple checklist which you can refer to before you place a breakout trade?

This means you can focus on the highest probability breakout trades and avoid the ones likely to fail.

Then you’ll want to read every word of this post because you’ll discover the 5 most important things to look for before you place a breakout trade.

#1: Trade breakouts in the direction of the trend (for higher probability trades)

When you trade in the direction of the trend, you increase the winning probability of your trade.

In other words, if the price has been moving higher over the last 3 months, then it’s likely to continue higher—and you want to look to buy breakouts (not short breakdowns).

Let me give you a few examples… 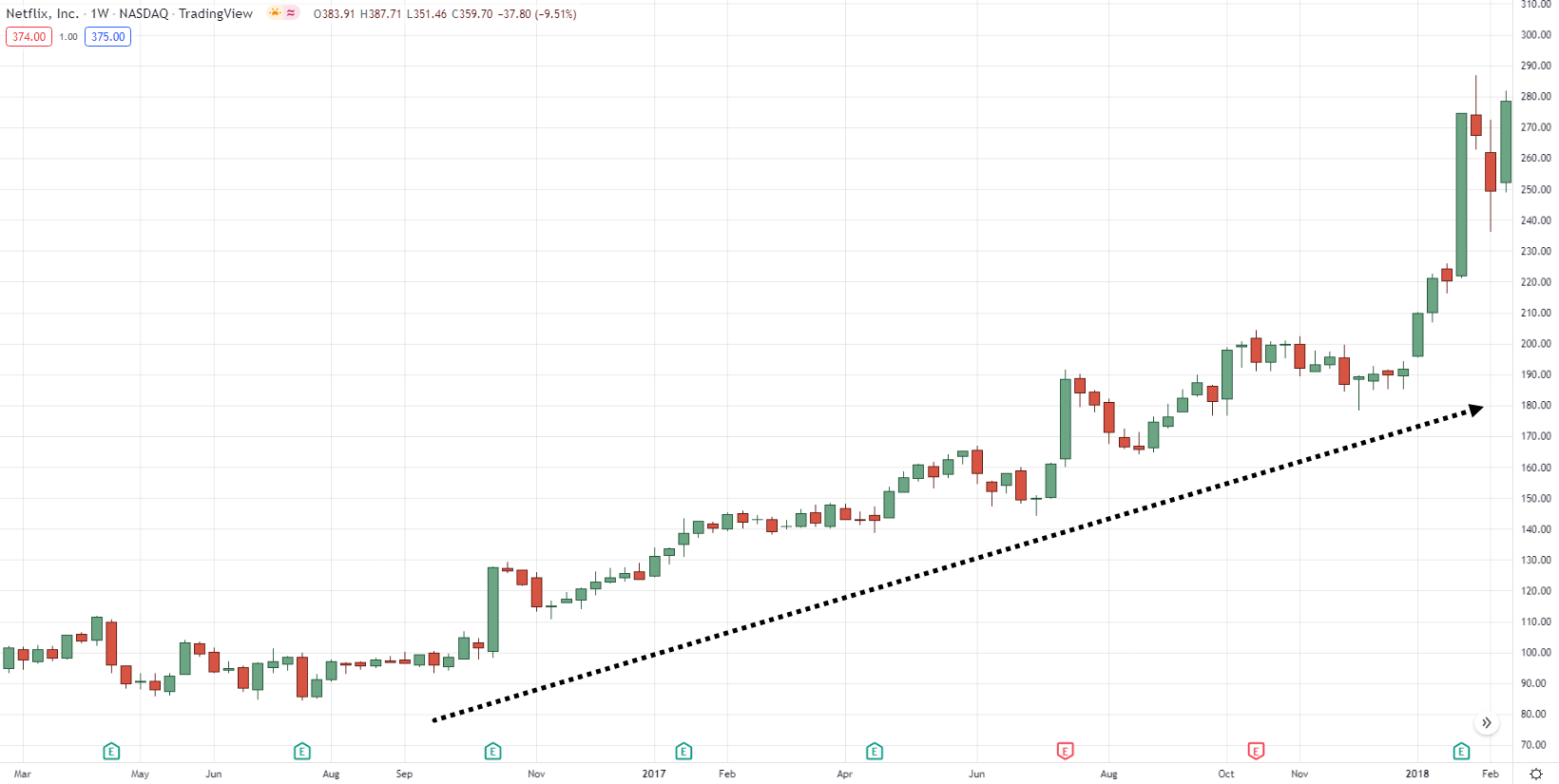 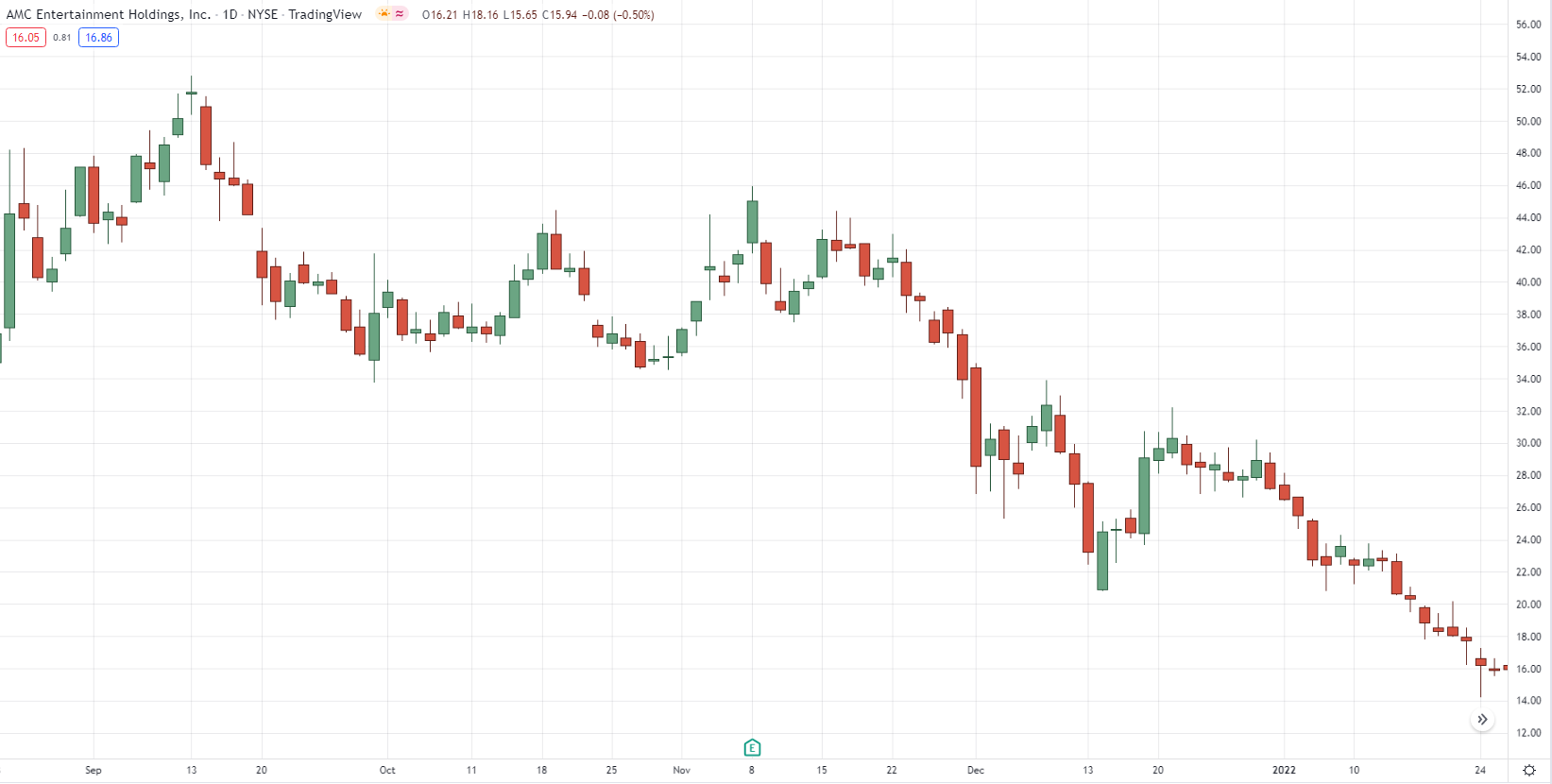 Now to stack the odds further in your favour, you want to look for a sign of strength before buying a breakout (or a sign of weakness before selling a breakdown).

When you’re looking for a sign of strength, you want to see a series of higher lows coming into resistance because it signals the buyers are “getting desperate” and wanting to buy at higher prices (which looks like an ascending triangle).

And if you’re looking for a sign of weakness, you want to see a series of lower highs approaching support because it signals the sellers are “getting desperate” and wanting to sell at lower prices (which looks like a descending triangle).

Here’s what I mean:

Now, in the real world of trading, you might not always get higher lows into resistance.

So another variation of it is called, a breakout with a buildup.

And a bearish one:

Let me ask you…

Would you reach your destination faster if there are more or fewer cars on the road?

Of course, you’ll say fewer cars because it means there’s less traffic—which allows you to reach your destination faster, duh!

So, what has this got to do with breakout trading?

Well, it’s the same concept because when you’re trading breakouts, you want to have little incoming traffic, so the price can easily move in your favour.

So what is traffic in trading?

These are areas on your chart where opposing pressure could step in and push the price against you.

AMZN broke above resistance but shortly after, there’s a swing high nearby where selling pressure could step in and push the price lower—there’s traffic nearby.

On the other hands, Amazon broke below support and there’s no traffic till the previous swing low.

Does it make sense?

That’s why the most powerful breakouts occur when the price is trading at all-time highs because there’s no traffic to go against it.

#4: A valid entry to time your breakout trade

The hard work has been done and your entry is the easiest part of the process.

It can be as simple as buying the breakout above the highs. This means you can simply place a buy stop order above the highs, and if triggered, you’ll get into a trade.

Alternatively, you can wait for the price to break and close above the highs, and then enter on the next candle open.

#5: A sound exit to protect your account and ride massive trends

Finally, you must have a plan for exit.

There are two parts to it:

This refers to your stop loss.

In other words, you want to ask yourself:

“At which point on the chart will I get out of the trade if the market moves against me?”

As a guideline, your stop loss should be at a level where if reached, will invalidate your trading setup.

For example, if you’re buying a breakout with a buildup, then your stop loss should go below the lows of the buildup.

Or, if there’s a series of higher lows into resistance, then your stop loss should go below the previous swing low.

On the flip side, what if the market moves in your favour, how would you exit your trade?

My suggestion is to ride the trend for all it’s worth.

After all, you’ve bought a breakout with no traffic ahead of you—which means there’s a good chance of heading higher.

So how should you go about it?

Well, you can use a trailing stop loss like:

If you want to learn more, then check out 5 Trailing Stop Loss Techniques That Work.

Bonus tip #1: The longer it ranges, the harder it breaks

When the market is in a range, it’ll attract buyers to buy near support, and sellers to sell near resistance.

Then, the buyers will place their stop loss below support, and sellers will have their stops above resistance.

So the longer the market is in a range, the more stop orders are accumulated below support and above resistance.

So if the price breaks out of resistance, it’ll trigger a cluster of buy stop orders (from the sellers), which adds pressure to the upside.

Also, as the price breaks out of resistance, it’ll attract breakout traders to buy which and that pushes the market even higher.

So here’s the lesson…

The longer the market is in a range, the harder it breaks.

If you got caught on the wrong side of the breakout, never average into your losses or widen your stops—that’s a recipe for disaster.

Instead, just cut your loss and move on.

Bonus tip #2: How to trade trend reversal breakout trades like a pro

I said you should trade breakouts in the direction of the trend—and that’s a great way to start if you’re new to trading.

But for the advanced trader, you can also trade breakouts against the direction of the trend (otherwise known as a reversal breakout trade).

This gives you more trading opportunities which could add onto your bottom line.

So here’s how it works:

As a recap, here’s what you’ve learned:

Now over to you…

What are some things you look for before you place a breakout trade?